Nihonga is the name for a a water-based painting tradition from East Asia that uses some opaque pigments.

Nihonga painting was introduced to Taiwan during the Japanese colonial era of the late 19th and early 20th centuries. It came into its own during the Meiji and Showa eras in Japan, and is still being practiced. 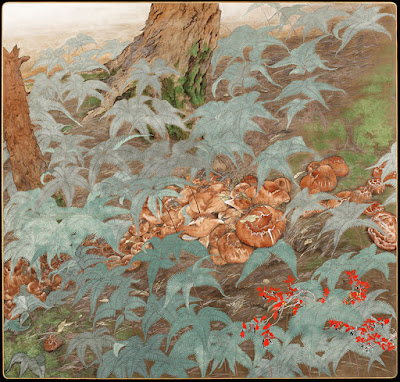 It has similarities and differences with gouache painting in Europe and America. Pigments are made from natural minerals such as shells, corals, and semi-precious stones, ground to powders of different densities. The binder is a hide glue called nikawa, which, like gum arabic, can be reactivated after it dries. 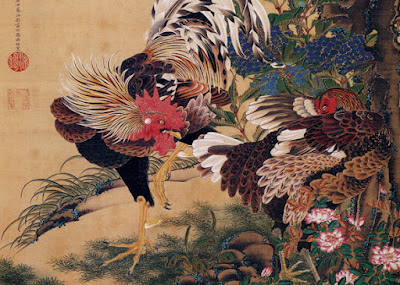 The paint also uses powdered calcium carbonite called gofun that serves as an opacifier, which is used in the ground, underpainting, or the surface color. The paintings decorate hanging or folding screens, but more often they're made on stretched paper and framed under glass.
-----
Article: Taipei Times
Wikipedia: Nihonga painting
Blog: "Nippon Dreamz: Nihonga"
Book: Nihonga: Transcending the Past : Japanese-Style Painting, 1868-1968